A downloadable game for Windows

Noita is a magical action rogue-lite set in a world where every pixel is physically simulated. Fight, explore, melt, burn, freeze and evaporate your way through the procedurally generated world using spells you've crafted yourself.

Pixel-based physics: Every pixel in the world is simulated. Burn, explode or melt anything. Swim in the blood of your foes!

Your own magic: Create new spells as you delve deeper into the caverns. Use your magic to crush your enemies and manipulate the world around you.

Action rogue-lite: Death is permanent and always a looming threat. When you die, don’t despair, use what you’ve learned to get further on your next adventure.

In order to download this game you must purchase it at or above the minimum price of $19.99 USD. You will get access to the following files:

Can you port this game to Apple Silicon please?

this game looks great, if i had money and my computer would run it

I would definitely buy the game.

A flawed masterpiece, and phenomenally easy to mod to adjust the game design to your liking. A unique, deep and engrossing game.

This game is very detailed, as long as you turn right over the mountain at the beginning, you can walk to a place that looks like the desert of Terraria, and then you will find the pyramids and other hidden levels, and then there are left and right sides of the opening.，You can find a place full of clouds with cool flying worms on them. Also, you can get a potion of an artifact by combining alchemy potions with corpses.

The game restarts for me between the runs, making streaming the game a hassle, is this a feature or a bug?

It's a roguelike, so yes, it's a feature

Great game. I love it.  Thanks for this beautifull way of programming. I just want to learn how you do that.

how do i update my game, I purchased it here but it always says a new version is available when i Open the game. But I don't see a way to actually get it.

same for me man, but i guess whenever an actual new update is released we'll need to download it again, here on the website says te new update was Noita Sauna, 60 days ago. i guess that's the latest version

I have the game on steam, but whenever I see a pixelart game, I wonder...
"What engine does this game run on,? Would it run on a raspberry pi?"
The second question would most likely get a "no", but I can dream.

I have a very potato laptop, I was very expecting to get 5 fps when I ran this game.

Instead, the game just runs in slow motion.

I could lower the graphics and resolution and it makes a little better but honestly I can deal with playing in slow motion, if anything it lets me treat it more like a strategy game than action.

But what about... An Octapi?

For a game as good and detailed as this, a really pathetic job is being done on optimizing it and having it run on a decent fps, or at the very least compensating movement for fps lags or adding such an option if there will be too many glitches with it.

Runs at a consistent 80fps with no lag whatsoever on my meager setup.

Whats your setup? I have regular slowdowns with an mobile i7 4th gen intel cpu but works fine on a desktop ryzen 1600AF

I've always loved roguelikes and have never been good at them.  I have played this for longer than I'd like to admit and have never made it to the end, but it seems to idealize the genre better than other roguelikes i've played.  The chaos and customization is fantastic. good job

are you aware that extra mouse buttons aren't bindable in the controls options? (in my case the thumb buttons on the side) would be cool if this was possible, i would love to kick with mouse 4

Art is GORGEOUS... that lighting is perfect... the liquid mechanic just perfect for me even tho im not really good at this game

this game is like if terraria and gungeon had a beautiful baby inheriting all the best aspects plus a lots more.

This is a different store. If it doesn't say you get a copy on steam then there's no reason to believe you should get a copy on steam via an itch purchase. Itch is better than steam anyways. You get it DRM free, (which means you can launch it in steam if you really want) you can keep it up to date via the itch app, and you get to more directly support the developers. What more do you want? What does steam have that you can't already do with this version of the game?

not sure if it would run at 3fps on switch

Lol. I have a switch and am typing this on an 2.4 ghz dual core apu.

This game is incredible

This game is magnificent. Looking forward to future updates!

The state of the game implies to me that this delay should be the longest. Who knows what they're cooking? I guess you'd have to be a certain kind of sponsor or tester to know. They have a devblog, but it has been silent.

Usually the releases or updates occur at least once a month

Is there going to be a macOS build?

It seems that the devs are focusing on finishing the game, getting it out of early access, for windows and once that's done they might release a macOS version. But this will likely not come about anytime soon, at least not within this year since the game has already been worked on for at least 5 years yet it's still in early access.

This game is incredible. If you’re even just considering then go buy it! We covered a run on the itch.io YouTube anyone is curious for raw gameplay:

When I saw how it looks, I was thinking "it looks way too good to be true, there's no way they will deliver a complete, consistent thing". Then I saw you are the same developer that created some of my all-time favorite puzzle games (I had no idea it was the same developer all along but I am not surprised now).  Thanks for making awesome games, and thanks for publishing it to my favorite game store.

can you create a discord server, the game is incredible (i have it on steam) and i'd very much like to easily ask questions i can't get my novice head round, also i'd like to be able to interact with you awesome devs :)

I very much enjoy the mechanics here. I understand it's early access, but I would prefer more early game start stuff, maybe a bit of a survival/story, too? Still, great game.

I also decided to try this from my notebook which has Intel i3-8130u processor, instead of the Steam's minimum i5; it still works perfectly!

There is a story, its just a bit hidden, you need to complete the game through both means to understand the story as its almost entirely contained on the emerald tablets hidden around the world

This game looks so amazing!!

Hello, I am a Chinese game industry worker. I am also a fan of your game. Are you interested in bringing your work to China and letting more Chinese players experience it? If you have this need, you can leave me a contact information. Our profession is to release games.

Why is this downvoted so heavily?

Do you think this turtle game would have any appeal in China? https://jagames.itch.io/shell-kingdom

I'm sorry that I personally found the game very interesting, but I think the appeal in China is average

I love this game, it may be a simple concept, but it's executed so well!!

The game is beautiful to look at, the rendering of the pixel physics in real time make this a true feast for the eyes and the game play is fast, frantic and somewhat rewardingly addictive!!

If you like roguelikes and pixel platformers then you won't go far wrong with this one...

Go and check it out!!

Hey, how can I update the game without losing my progression? (and without steam)...

use the itch.io app

It was quite obvious from the beginning that it is only DRM free version. :) Screw Steam! :D

Well yeah, itch isn't steam, the game's page said nothing about giving you a steam key. This is a different store. In any other storefront it would be considered strange to comment on something to tell people to buy it somewhere else. How come this is deemed reasonable by players on itch?

You must be bored to go necroposting on something people said almost a year ago, and actually asked quite often back then. When I made the post a while back, I purchased many a title. Most said nothing about steam keys, yet they did end up coming with one, which by the way, I did in fact get. My post was not a complaint or rant, it was just a comment to answer what many asked before me but got no reply. I myself prefer drm free, if it can be helped, though I do look for dual packs for titles that are multi player, or might have multiplayer in the future since half the multi player titles out there wont let both steam and non steam players play on same server, unless both versions are owned. Starbound is one of them. Was only last year I found out that the server version for Steam would not allow certain mods, yet their clients did. Using the non steam server, both steam and non steam players can play on one server, and with all the mods as well.

Someone replied to another comment i made on here so I found myself looking at the other comments. call it "necro posting" but people continue to post about steam on itch like this, and Noita is releasing proper real soon, so theres a lot of people looking at these comments now comparatively. Less than a year is a very short time in the grand scheme of htings.

Bottom line is, people should stop expecting that games you purchase on itch come with steam keys. This is a different store. Just like it would be ridiculous to comment on a PS4 release and say "just so you know, it doesn't come with a copy of the xbox version. If you want the xbox version go to the xbox store  here: [link to game on xbox store]" It doesn't make sense to expect this. It is also not even close to universally true that multiplayer games on steam don't share servers with DRM free releases etc.

my only criticism of this game is that i think it tries too hard to be difficult for its own sake. but that is a minor complaint when considering how much ass this game whips. the spell system gives you a ton of creativity and flexibility and the physics simulation will blow your mind constantly. love the soundtrack too. 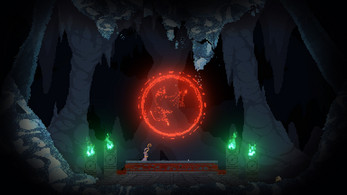 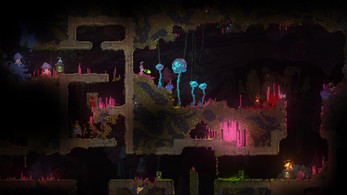 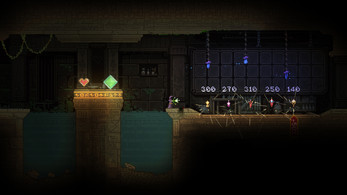 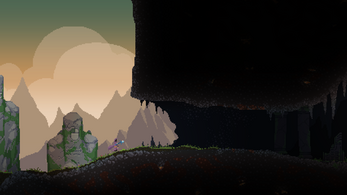 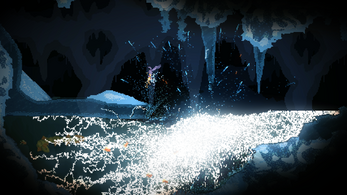 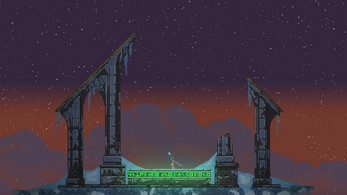 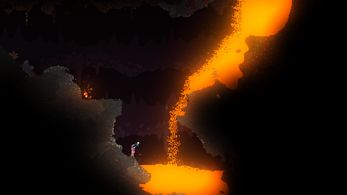 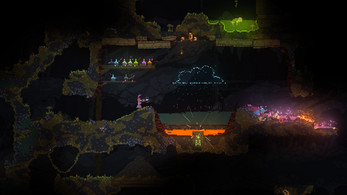